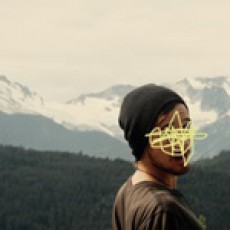 Aaron Glasson (Aka Rah Akaishi) is from Aotearoa, New Zealand but has traveled extensively for the past decade documenting, painting, drawing, and exploring our marvelous planet. His passion for the oceans and its creatures had led him to becoming Creative Director for the ocean conservation NPO, PangeaSeed. Via Aaron's expertise and dedication to the cause, he has helped to firmly establish the organization's creative identity. When not focusing on PangeaSeed projects and campaigns he works as a freelance illustrator and filmmaker. He also regularly exhibits his artwork and paints murals around the globe. Aaron is currently staying in Hawaii where PangeaSeed is based, working on various projects, and preparing for an upcoming solo show in the United States.